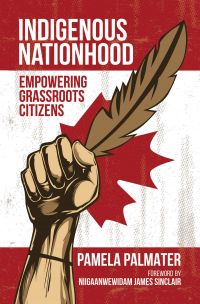 Fiercely anti-racist and anti-colonial, this book is intended to help rebuild the connections between Indigenous citizens and their home communities, local governments and Indigenous Nations for the benefit of future generations.

Pamela Palmater is Mi’kmaq from the Eel River Bar First Nation in northern New Brunswick. She has been a practising lawyer for sixteen years, working on treaties, land claims, self-government, economic development, policy development and intergovernmental relations, including at the Nova Scotia Human Rights Commission as an investigator of human rights complaints. She is an associate professor and chair in Indigenous governance at Ryerson University.