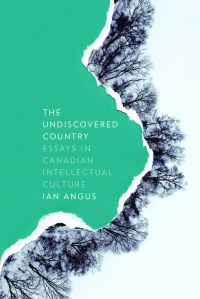 In this sequence of essays, Ian Angus engages with themes of identity, power, and the nation as they emerge in contemporary English Canadian philosophical thought, seeking to prepare the groundwork for a critical theory of neoliberal globalization. The essays are organized into three parts. The opening part offers a nuanced critique of the Hegelian confidence and progressivism that has come to dominate Canadian intellectual life. Through an analysis of the work of several prominent Canadian thinkers, among them Charles Taylor and C. B. Macpherson, Angus suggests that Hegelian frames of reference are inadequate, failing as they do to accommodate the fact of English Canada’s continuing indebtedness to empire. The second part focuses on national identity and political culture, including the role of Canadian studies as a discipline, adapting its critical method to Canadian political culture. The first two parts culminate in the positive articulation, in Part 3, of author’s own conception, one that is at once more utopian and more tragic than that of the first two parts. Here, Angus develops the concept of locative thought—the thinking of a people who have undergone dispossession, “of a people seeking its place and therefore of a people that has not yet found its place.”

Ian Angus is currently professor of humanities at Simon Fraser University. He has written several books on contemporary philosophy and communication, as well as on English Canadian social and political thought, among them A Border Within: National Identity, Cultural Plurality and Wilderness and Identity and Justice. He is also the author of the more popularly oriented Emergent Publics: An Essay on Social Movements and Democracy and Love the Questions: University Education and Enlightenment. He lives in East Vancouver with his wife and daughter.